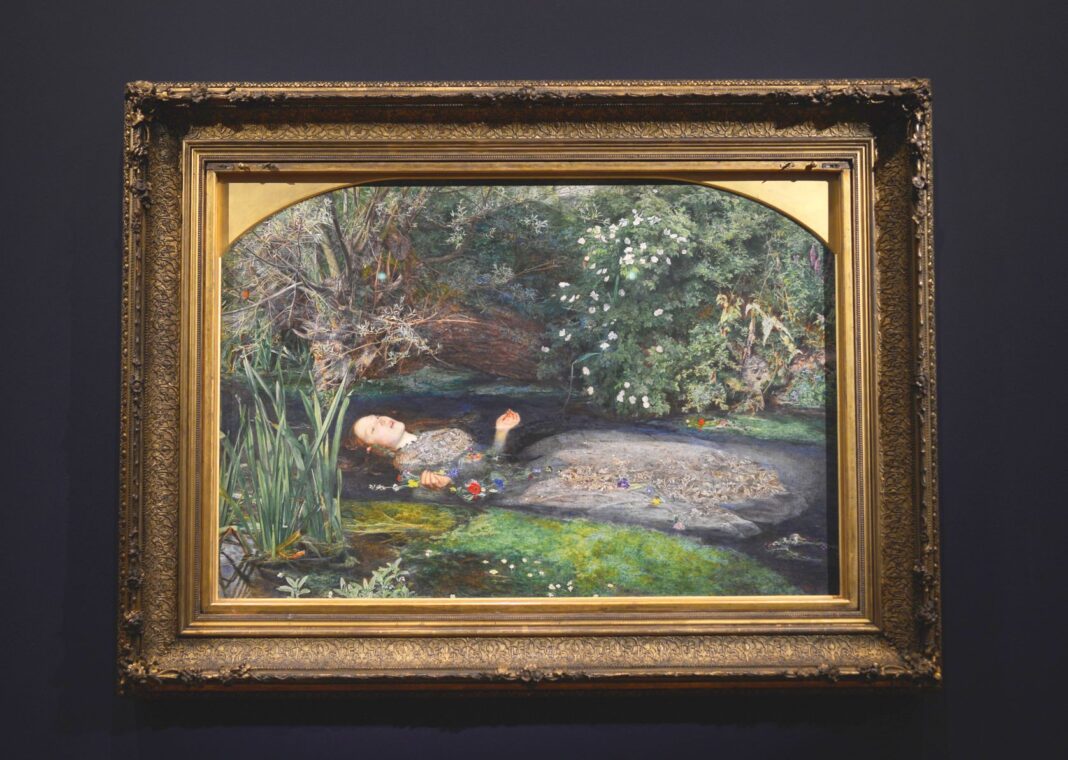 Sir John Everett Millais’ Ophelia and John William Waterhouse’s The Lady of Shalott are just two of the scores of paintings by the Pre-Raphaelite Brotherhood, a group of 19th Century British artists that have inspired artists the world over.

And while they may not necessarily be known by name to the layman, they’ve become such a significant part of our collective, popular visual language that they’re instantly recognisable.

These works rarely, if ever, leave their home at the Tate in London, which makes the NGA’s 2018-19 summer blockbuster, Love and Desire, something special.

The exhibition showcases some 60 works from the Tate and at least 40 more from a variety of public and private collections. Within all the works are the many expressions of the infinitely relatable and human feelings of love and desire.

“The Pre-Raphaelites were producing images that were both strange and unsettling, and quite compelling; and I think that’s why today they still resonate,” Tate Director of National and International Partnerships Judith Nesbitt said.

“They were a radical, controversial group of painters and they really were, I think, speaking to the anxieties of their age.

“They were struggling with issues of modernity, industrialisation, class, gender, morality, and so I think we recognise those issues beneath the layers of myth and legend, and the literary references they drew upon.”

Nesbitt said she was blown away by the way the works have been displayed at the NGA.

“I love the design and installation of the exhibition; it’s spacious, it’s very rich and it’s elegant.

“The groupings, the pace and flow of the exhibition is beautiful, and I think they’ve done a beautiful job of bringing this group of works and the stories they tell to life in such an interesting way.”

With many of these works being the “crown jewels” of the Tate’s collection, Nesbitt stressed the true rarity of their presence here in Canberra.

“It’s so difficult to bring together this quality of work from a range of collections, we certainly don’t often lend on this scale from this part of our collection. They are very precious to our visitors.”

TV presenter Osher Günsberg said Love and Desire’s explorations of its titular themes make it accessible on many levels.

“I’ve been working in the reality-television based space of helping people fall in love for about six years now.

“There’s a few moments that you see in this exhibition where you see love, yearning, the unstoppable fire within your loins that drives you toward questionable actions … that is instantly relatable.”

As part of Love and Desire, Günsberg will host a Summer Lovin’ picnic party in the NGA’s Australia Garden on Saturday 19 January.

Love and Desire: Pre-Raphaelite Masterpieces from the Tate is on show at the NGA until 28 April 2019; nga.gov.au