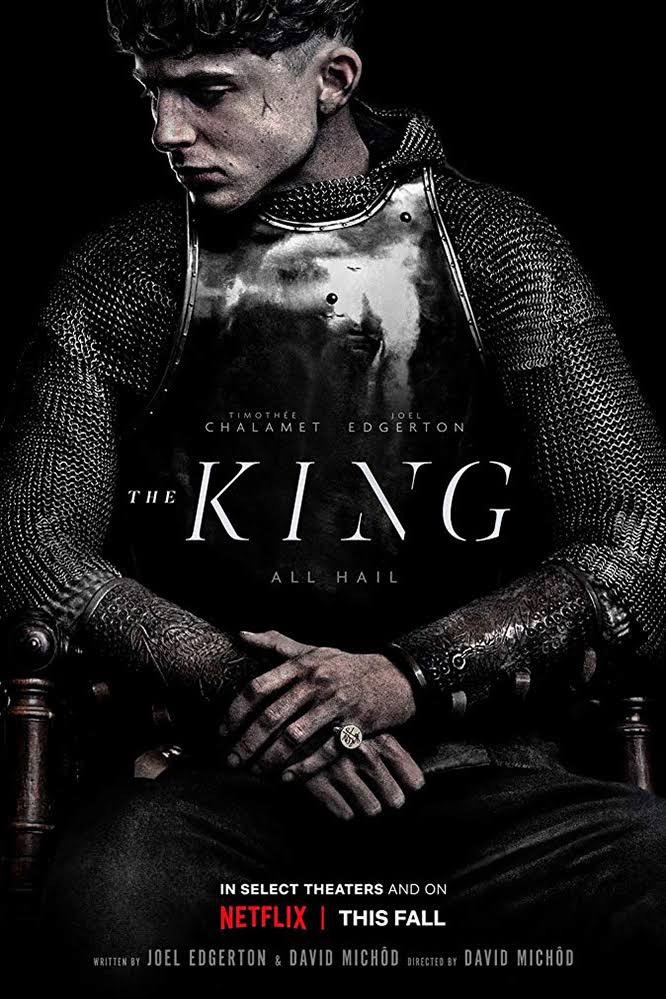 The uninterested and wayward young Hal, (Henry, Prince of Wales, played by Timothée Chalamet) spends his time drinking and womanising with his friend, the alcoholic ex-knight John Falstaff (Joel Edgerton). Soon, the young prince is brought to his elderly and frail father King Henry IV (Ben Mendelsohn) and is told that his younger brother, hellbent on going to war with Wales, will succeed him instead!

Chalamet is a rising star who is soon to go super-nova post starring in Denis Villeneuve’s adaptation of the science-fiction epic, Dune. Chalamet displayed a shallow cockiness and vulnerability in Little Women, and here follows the path of the hero’s journey.

At odds with his paranoid and cruel father, Hal has accepted a place outside the Kingdom’s walls but is ready and able to step up for the sake of his brother. Aided by his advisors, Hal must navigate internal and external politics to guide his nation to unification. We see Hal in the early stages of his metamorphosis to hero-king; his coronation and entry into war. Unlike other similar historical war epics, the battles here are few and far between, which enhances the development of our characters and distils the visceral and dramatic effect of such battles when they do occur.

Based on Shakespeare’s ‘Henriad’ plays, themselves rife with dramatic licence, fans of accurate historical dramas may be left fuming: dates, environments, characters and the characterisation of Hal himself are treated fast and loose.

The King is streaming on Netflix.