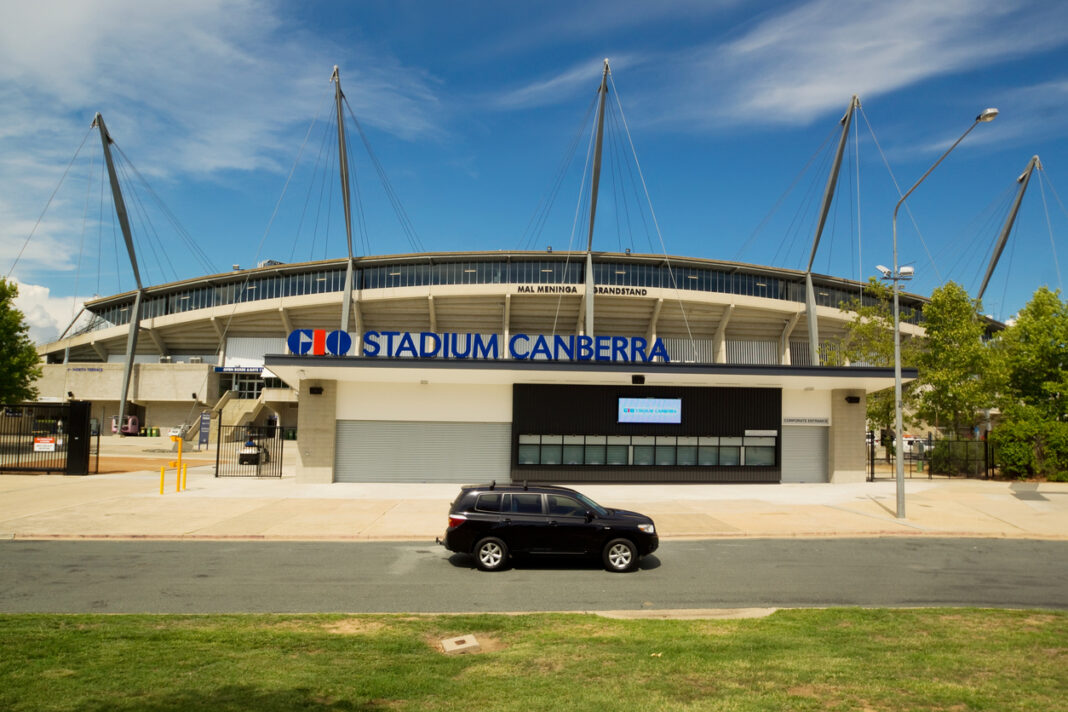 While a brand new Civic Stadium has been in and out of the ACT Government’s plans for several years, the stakeholders and spectators at GIO Stadium have continued being subjected to the ground’s dated facilities and amenities.

Canberra’s GIO Stadium is widely regarded as a tired asset when considered alongside its Australian contemporaries.

In 2012, Andrew Barr, ACT Sports Minister at the time, announced plans for a roofed Civic stadium by the end of the decade.

But renewed calls for a Civic stadium have grown this month on the back of both the Raiders and Brumbies playing at the new Parramatta stadium.

ACT Chief Minister Andrew Barr has said the only way he can fast-track a Civic Stadium is if the Federal Government forgives what remains on the Mr Fluffy loan.

“We won’t pay off the Mr Fluffy loan until 2024; the only way I can bring forward stadium infrastructure is if the Commonwealth were to forgive that Mr Fluffy loan.”

Mr Barr said a new stadium is on the list for the 2020s, with major infrastructure spending in health, housing and education taking priority in the interim.

“We will not be in a new stadium before the end of the 2024 football season, that’s the date that our current lease on Canberra Stadium expires. The earliest will be mid-decade,” he said.

Liberal Senator for the ACT Zed Seselja didn’t agree with Mr Barr’s calls for the Commonwealth to forgive the Mr Fluffy loan.

“When Andrew Barr owns up to his failures and moves on from his shrill commentary I look forward to a reasonable discussion with him about working together for the good of Canberra,” Senator Seselja said.

ACT Shadow Minister for Sports James Milligan said it is important that Canberra’s sporting infrastructure keeps up with Canberrans’ love of playing and watching sport.

“That’s why we need to give serious consideration to the future of the Canberra stadium. Factors such as viability, value for money, transport and uses other than just elite sport should be considered,” Mr Milligan said.