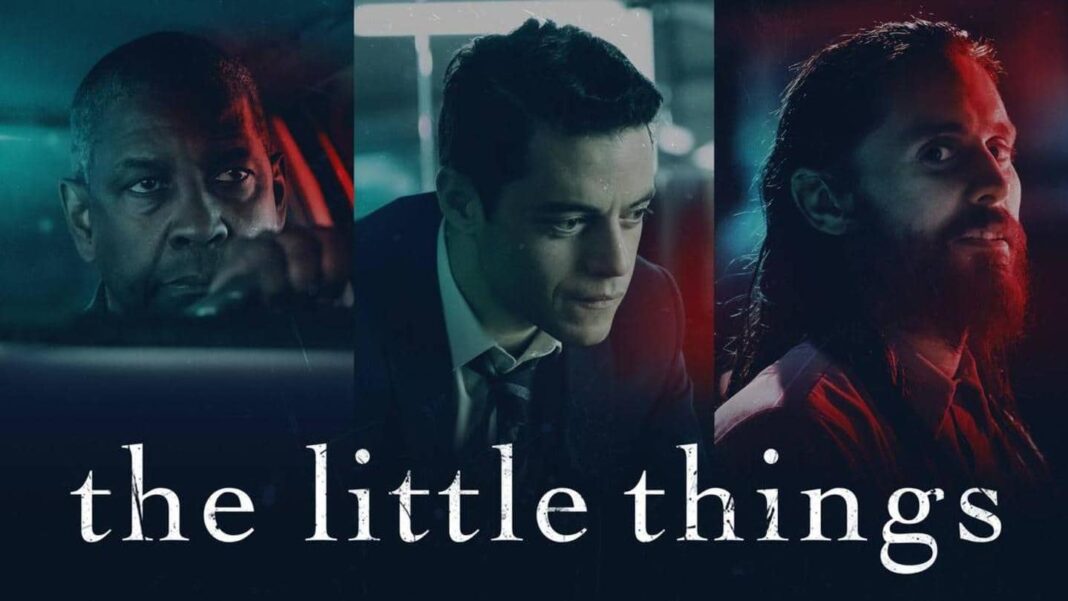 In 1990, a woman is stalked by a fellow motorist. Flashing over to Bakersfield Kern County, deputy sheriff Joe ‘Deke’ Deacon (Denzel Washington) is called to his former place of employment at the LA County Sheriff’s Department to collect evidence pertaining to a recent murder. Once there, Deacon receives a frosty reception from his former chief, but is soon invited by new lead detective Jimmy Baxter (Rami Malek) to a murder scene eerily similar to the case that ended Deacon’s promising detective career.

Written in 1993, the script was attached to name directors who passed due to the dark content. Since then, noir thrillers like Se7en, Zodiac, Prisoners, Secret in their Eyes and Netflix’s Mindhunter have explored serial killers and the moral ambiguity of those tasked in capturing them with a gritty, muted palette.

The Oscar-winning leads do their jobs well. Deacon is a burnt-out former detective assisting the fresh-faced Baxter, not yet sullied by the world of cops and robbers. Lacking in concrete evidence but knowing in their gut that Albert Sparma (Jared Leto) is their man, Baxter and Deacon find themselves restrained by the very legal procedures they have sworn to uphold. Should the two cops overstep their obligations to do what they see as right, lest another body is found?

The Little Things is screening at Palace Electric and Dendy cinemas.