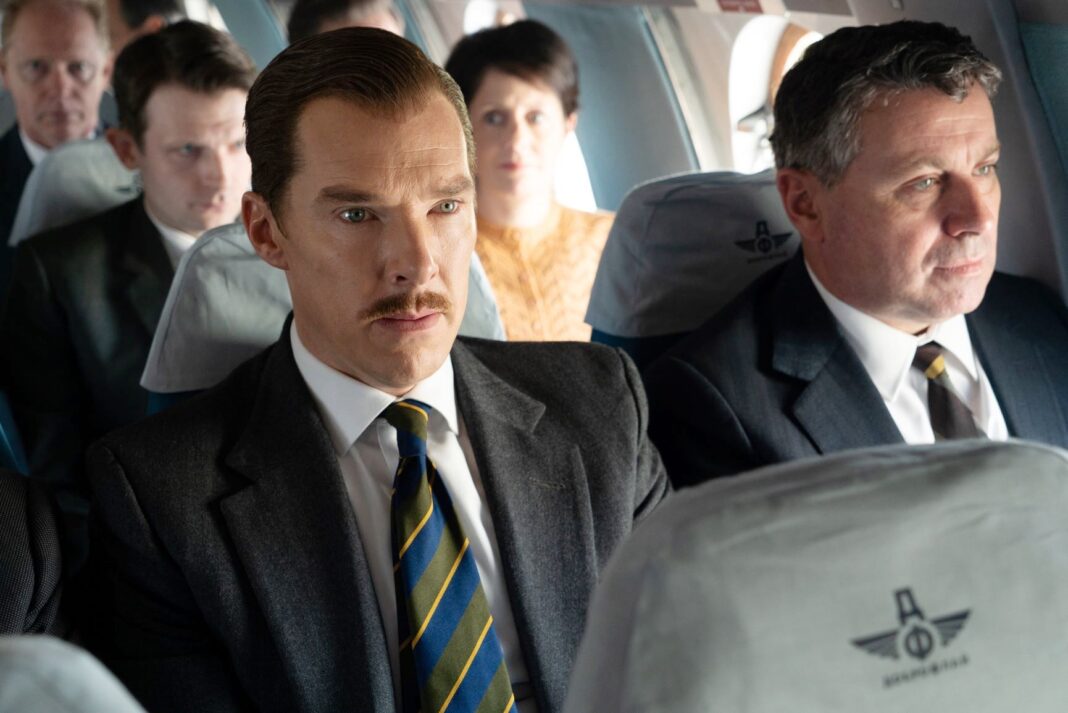 During the Cold War in Russia, Soviet military intelligence colonel Oleg Penkovsky (Merab Ninidze) gets a message to the American embassy, asking to set up a correspondence to leak intelligence concerning Soviet tensions with the US, particularly regarding missiles being transported to Cuba. Soon, CIA officer Emily Donovan (Rachel Brosnahan) and MI6 agent Dickie Franks (Angus Wright) approach an ordinary, everyday British salesman, Greville Wynne (Benedict Cumberbatch), to set him up as a courier between the parties.

Cumberbatch played a British intelligence spy in Cold War thriller Tinker Tailor Solider Spy, and a cold but highly intelligent code breakerin The Imitation Game. Here, Cumberbatch plays an everyday family man who gets caught up in extraordinary shenanigans. Using his personability to give and receive messages from members of the CIA, MI6 and the Soviets, Wynne gains the confidence, and even friendship, of Penkovsky. Although the extra hours away overseas take its toll on Wynne’s family and professional life, his overall goal of stopping annihilation takes priority.

The MI6 and CIA agents could have been written and played superficially, but here they are easy to identify with; pulled between their cold professionalism and humanity whilst balancing the needs of the many with those of the few who are in their care.

Verdict: An amazing true story brought to life through a brilliant performance from Cumberbatch. An Oscar nod for sure. 4 stars.

The Courier is screening at Palace Electric and Dendy cinemas.