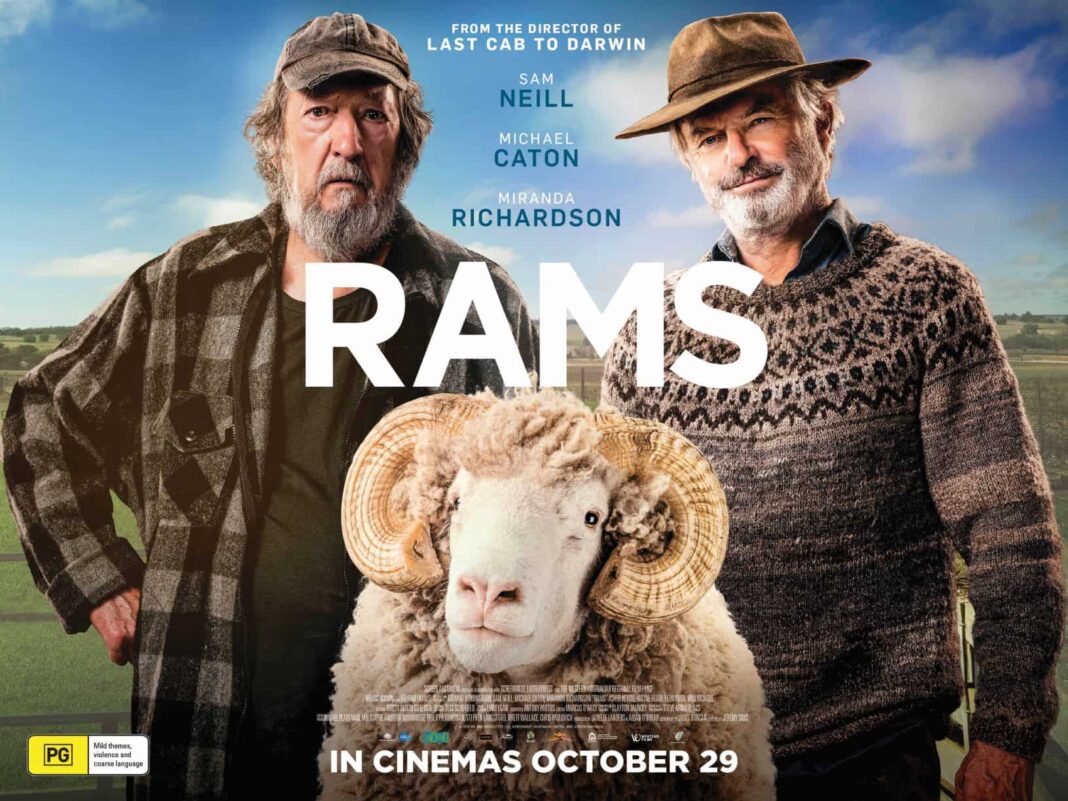 In the remote country town of Mt Barker in Western Australia, estranged brothers Colin (Sam Neill) and Les (Michael Caton) compete against each other at a sheep breeding competition. Soon, however, Colin discovers that Les’ prize-winning sheep is sick with a rare and lethal illness that threatens the entire local farming community.

A remake of the critically acclaimed 2015 Icelandic drama by Grímur Hákonarson, Rams puts country Australia, and its people, front and centre. In this beautiful, but harsh, environment live farmers who love the lifestyle, the community and, of course, the sheep. Colin declares his adoration of his sheep, specially breed through a prized bloodline; the one thing that connects him with his estranged, troubled older brother. Both are single, childless and live alone in a sense of arrested development, living solely for their sheep. Both resent the other: Les of his family-favoured brother, and Colin of Les’ prize-winning sheep. It is only when a mysterious virus impacts the entire community’s way of life that there comes a semblance of an olive branch between the two to somehow ensure the continuity of the family line.

A government representative is painted as a complete outsider, ignorant of the importance of the farmers’ stock. While cash compensation is considered a reasonable solution, it is the community’s lack of purpose and identity that serves as its main obstacle.