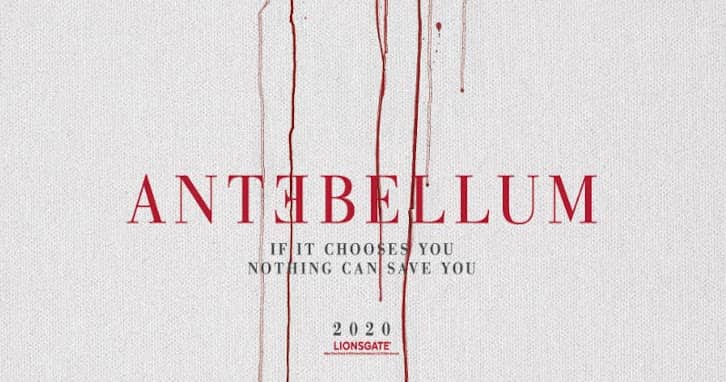 Luke McWilliams gives his review of the 2020 horror film, Antebellum, written and directed by Gerard Bush and Christopher Renz in their feature directorial debuts.

During the American Civil War, a group of new slaves arrive at a brutal Louisiana plantation run by the Confederate States Army. The plantation owner, Elizabeth (Jena Malone), gives the new arrivals the lay of the land: speak only when given permission and follow all rules lest they are permanently dealt with. Eden (Janelle Monáe) however, already branded for an earlier escape attempt, plots her next move.

Former social action campaign advertisers Gerard Bush and Christopher Renz focus their passion as first-time feature film writers and directors on a movie in the same vein as Jordan Peele’s Get Out and Us. Using the setting of America’s slave history to reflect the USA’s current race issues, the movie is shocking in its depiction of plantation life. Like Midsomer, brightly lit scenes in beautiful, natural surrounds jarringly counter both the horrors taking place on-screen and the usual tropes of the horror genre.

The cinematography, lighting and score are beautiful, artistic and effective, serving a classic, tense atmosphere throughout. The story is (unfortunately) relevant, highlighting the issue of Confederate memorials, monuments and celebrations still in place in America’s Deep South. Unlike Peele’s outings, however, the film pulls its punches in visceral shocks and casting. Perhaps recognisable faces playing against type would have made a more memorable impact.

Verdict: A solid horror, serving an apt metaphor for contemporary times. Such material in the hands of an auteur like Quentin Tarantino or Spike Lee, however, could have transcended it to a modern-day classic. 3 stars.