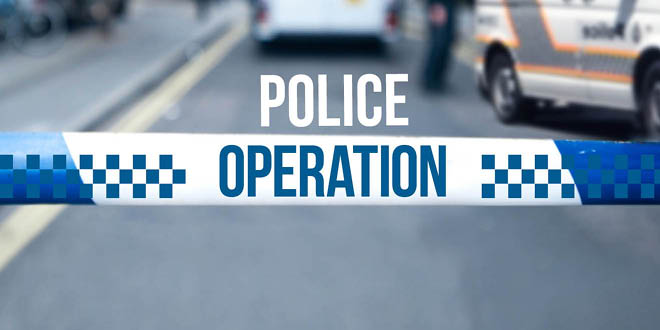 Police are investigating after a man was shot and two other men threatened with a knife in the Queanbeyan region this morning.

NSW Police allege at 6.15am an unknown man, armed with a knife, entered a Kia Cerato parked at a fast food restaurant on Waniassa Road in Queanbeyan East, and threatened two men, aged 32 and 60.

Soon after he exited the vehicle and fled the scene with a man and woman in a blue Ford Focus with NSW registration CZ7 2NM, police say.

Shortly after 7am this morning, police say they were notified after a 39-year-old man from Pambula presented to Queanbeyan Hospital with a gunshot wound to his lower torso. He was transferred to Canberra Hospital, where he remains in a serious condition.

NSW Police have since established an investigation into the shooting and the knife incident and whether they are linked.

Anyone with information that may assist with the investigation is urged to call Queanbeyan Police on 6298 0599 or Crime Stoppers on 1800 333 000.