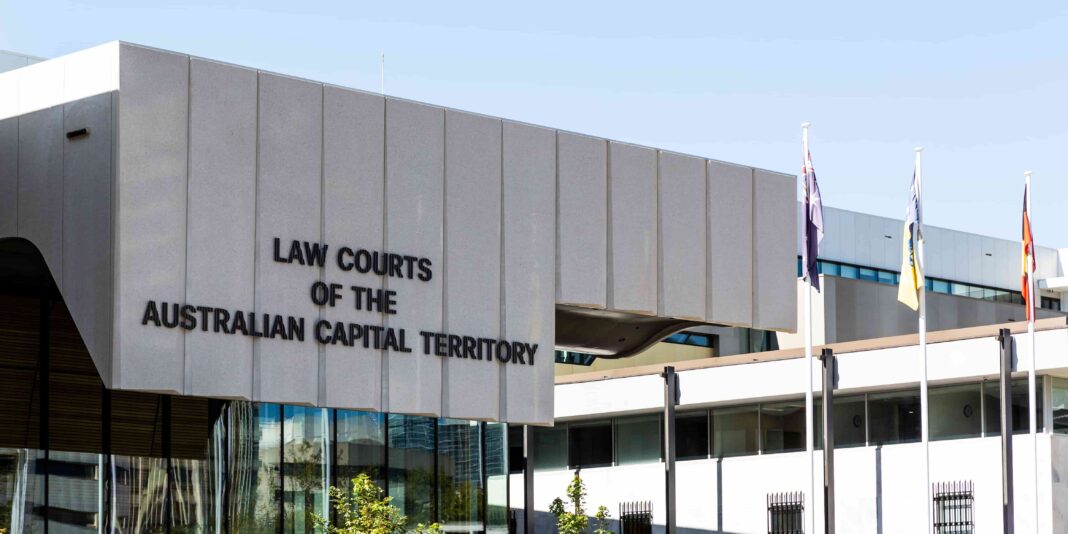 About 11pm yesterday, police were on foot patrol in Belconnen when they observed two men – one carrying what appeared to be a red pole about 120cm long.

Police allege they followed the men to an apartment where the door was shut. Verbal threats were allegedly made to police while requests were made speak to the man who had ran into the apartment.

A short time later the 23-year-old man allegedly exited the apartment with a red pole which had a 30cm meat cleaver attached to one end raised above his shoulder in a threatening manner before making verbal threats.

Police deployed their conducted energy weapon, seized the weapon and arrested the man. He was taken to the ACT Watch House where he was also found to be in breach of his bail conditions.

Education campaign starts ahead of July’s single use plastics ban

50 years of royal commissions — here’s how they make a...

Why this trial was different: Experts react to guilty verdict for...